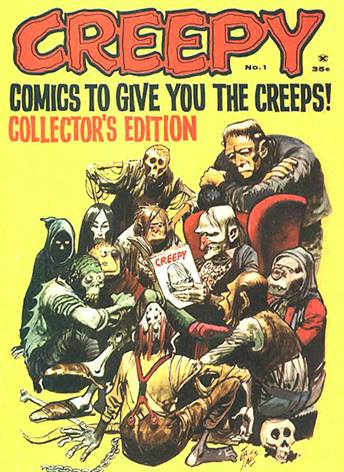 Creepy Magazine was a black-and-white comic book publication that ran from to 1964 to 1983. It went under the title of a magazine to avoid The Comics Code.

Creepy has been revived as a comic publication by Dark Horse, who are publishing the original Creepy comics as the Creepy Archives.