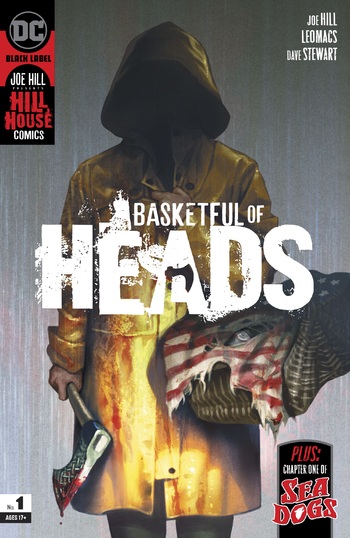 "At Hill House Comics we aim to shock the senses and soak the page in red, with new, hooky horror from seasoned old hands and young masters of the field, all set free to share their most disturbing nightmares…for your pleasure! The books are backed by DC’s second-to-none comic book craftsmanship, and we’re working with the very best editors on parole from Arkham Asylum to craft unputdownable tales of menace and madness. I can’t wait to share some fresh scares with comic book readers everywhere. It’s going to be fun."
— Joe Hill

Hill House Comics is a DC Comics imprint and "pop-up line" of Horror Comic Books curated by Joe Hill. The first two books came out in November of 2019, with three more coming out in December 2019 and January 2020.

Owing to their subject matter, Hill House Comics are technically also part of DC Black Label, as they are more adult-oriented, but they are not a part of the DC universe.

Each issue will also contain part of a backup story called "Sea Dogs," about a group of revolutionaries during The American Revolution that bring in a pack of werewolves to fight the British.

The line returned in 2021, kicked off with a direct sequel to Basketful of Heads.