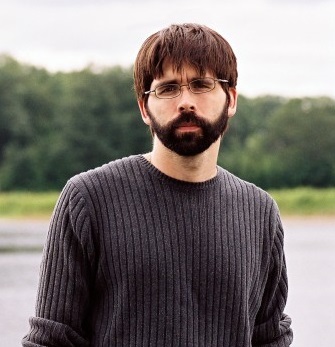 There's one thing many people like to point out about Joe Hill, which is that his full name is Joseph Hillstrom King (yes, he was named after the labor activist and songwriter if you were wondering). Horror novelist called King? Well, yes—Stephen King is his dad. Fully knowing that comparisons to his father's works would be inevitable and fearing that he would be judged on the name alone, rather than the quality of his writingnote also "Joe King" has its own issues as a pen name, Hill decided to keep his full name secret for his first publications, to the point of never meeting his agent or publisher in person (which, given that he looks a lot like his old man, makes a lot of sense).

After winning several awards for for his short story collection 20th Century Ghosts, and receiving critical acclaim for his first novel, Heart-Shaped Box, the secret about his full name slowly started to creep out, but Hill felt that he had already created enough of a name for himself, and allowed it to happen. He has since embraced his connection to his father; the two have collaborated on a few short stories, and Hill's novels NOS4A2 and The Fireman include several references to his father's work.

As a child, Joe appeared in the Framing Story to the 1987 horror-comedy anthology movie Creepshow, playing a boy whose father—played by Tom Atkins—won't let him read comic books. Joe's real father wrote the film, and also starred in one of the segments. Years later, when Creepshow was adapted into a TV series, Joe—by now an established author in his own right—contributed a few stories.

, a 1974 murder in Cape Cod. This was spurred by his spotting an extra in Jaws wearing what appeared to be the same bandanna as the victim, which could provide the key to identifying her.note She was eventually identified as Ruth Marie Terry thanks to familial DNA testing.

In 2019, he began curating Hill House Comics, his own imprint for DC Comics, with him writing the books Basketful of Heads (with art by Leomacs) and Plunge (with art by Stuart Immonen).

His main works are: