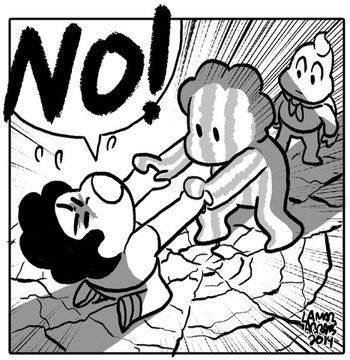 Steven discovers a new power when he grows a patch of Steven-shaped watermelons!