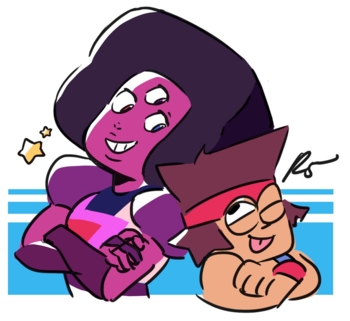 When K.O. is transported to a mysterious destroyed city, he teams up with Garnet, Ben, and Raven to escape.