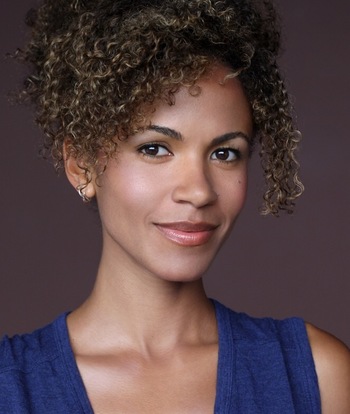 Erica Luttrell is a Canadian-American voice actress (born March 20, 1982 in Toronto, Ontario), best known for voicing Candy on Dave the Barbarian and Sapphire on Steven Universe. She was born in Toronto, Canada to an American father and a Tanzanian mother, before moving to the United States as a teenager. She has an older sister named Rachel, who's also an actress . During the week of August 11, 2019, she married Jessica Mallers