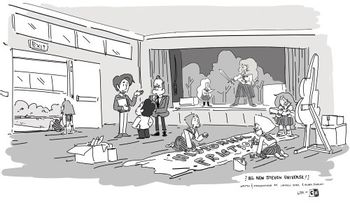 Steven joins a theater group with Jamie to produce a play about Mayor Dewey's ancestor and how he founded Beach City.