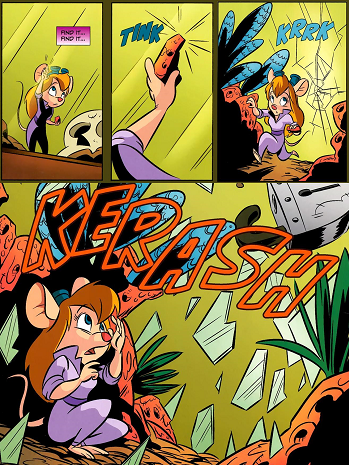 How is she that strong!? She's a mouse!
Advertisement:

This is where a character can destroy solid objects by detecting or otherwise targeting their "weak point" or "breaking point" or "flaw point" and striking the object with a comparatively light blow.

Not to be confused with Pressure Point, which is essentially this for human bodies, or with The Last Straw, which is the proverbial straw-and-the-camel's-back rendered literal. Compare with Glass-Shattering Sound, Attack Its Weak Point, Ominous Crack.