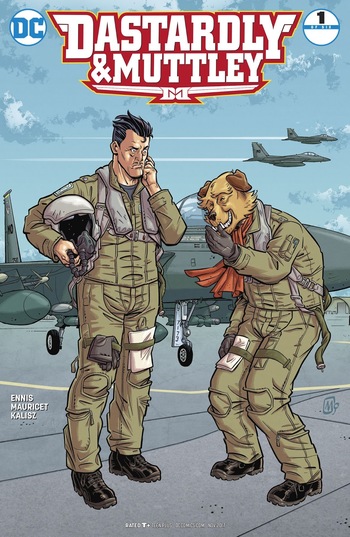 Dastardly & Muttley is a DC Comics publication, written by Garth Ennis and illustrated by Mauricet based on the Dastardly and Muttley in Their Flying Machines cartoon series, featuring U.S. Air Force officers Lieutenant Colonel Richard "Dick" Atcherly and his navigator Captain Dudley "Mutt" Muller. When Unliklistan is doomed by its leader's attempt to use the unstable radioactive element Unstabilium 239 to power a reactor, (someone pushed the wrong button) the General sends Atcherly and Muller to retrieve it before the wrong hands reach it. However, things go horribly wrong.