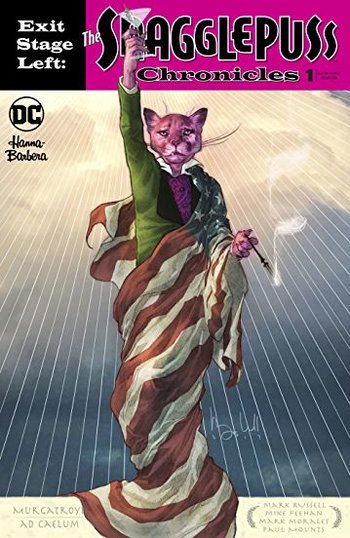 Exit Stage Left!: The Snagglepuss Chronicles is a six-issue miniseries starring the classic Hanna-Barbera character Snagglepuss. It was written by Mark Russell and is part of the Hanna-Barbera Beyond series.

In 1953, as America looks for ways to outmaneuver the Soviet Union, the House Un-American Activities Committee seeks to rid the entertainment industry of those whose work they deem disruptive to public morals. Among their targets is Snagglepuss, creator of popular but controversial plays like The Heart is a Kennel of Thieves. When the HUAC's new head finds evidence that Snagglepuss is gay, he must figure out how to outwit them before he ends up on the blacklist.