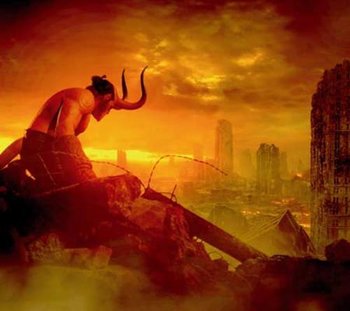 A Civilization Destroyer is a force that devastates an entire civilization, ending with its extinction. Often used in sci-fi and fantasy settings, the force behind the destruction may vary from an Absolute Xenophobe superpowered being, Eldritch Abomination, Horde of Alien Locusts, Planet Looters, Planet Eater and even sometimes a Well-Intentioned Extremist. If of planetary scale, what is left would normally be a Death World, if in more local scale, this may lead to a Doomed Hometown, may some times caused that afterwards Cockroaches Will Rule the Earth. Related to World-Wrecking Wave. Contrast with Apocalypse How.