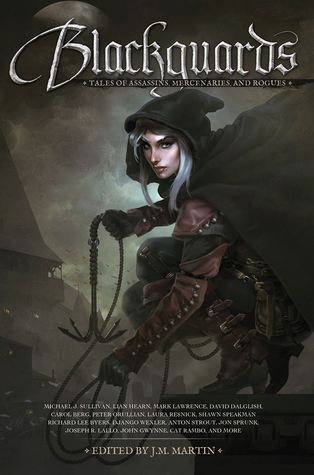 Garret would be proud.
Advertisement:

Whether by coin or by blood... YOU WILL PAY.

Blackguards is a anthology of anti-hero and rogue-themed stories published Ragnarok Publications and given an intro by Glen Cook. It is notable for being funded by one of the most successful literary Kickstarters of all time.