Webcomic / The Shadows Over Innsmouth 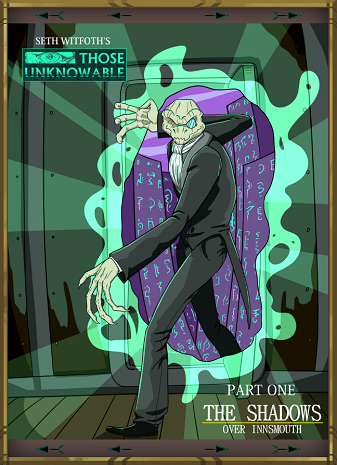 Those Unknowable: The Shadows over Innsmouth

(commonly abbreviated TSOI) is a webcomic by Seth Witfoth, set in a version of the Cthulhu universe. It has two sets of protagonists, who come into conflict with one another as the story progresses. The first is a group of fishmen (and one pterodactyl-man) who operate out of the town of Innsmouth under the leadership of a “dimensional shambler” named Jaunt (who is in turn working for the outer god Nyarlathotep). The second is a group of humans from the nearby town of Arkham, who for various reasons are drawn to investigate the strange occurrences in and around Innsmouth.