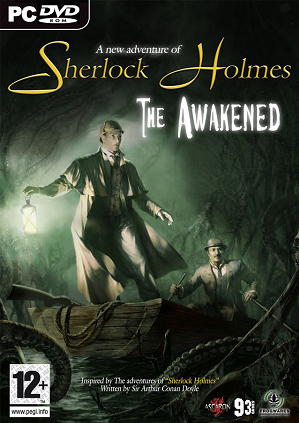 Sherlock Holmes: The Awakened is a point and click adventure game developed by Frogwares which features Holmes and Watson investigating a mystery involving the Cthulhu Mythos. It was originally released in 2006, with an Updated Re-release arriving in 2008.