Literature / Tales of an Mazing Girl 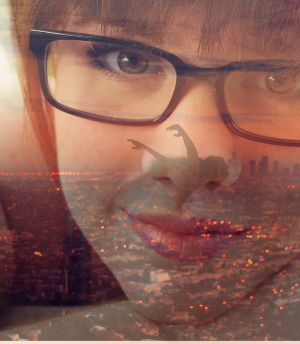 "She looked about 22. Long red hair to her waspish waist, cape, long red pants tapered at the leg (it was easy to run in), high-heels (fantasy), the domino mask that obscured her face... and by the way, a tank-top with her ‘Mazing symbol on it. Except this one had her top cropped to show off her sleek well formed abs, the tapering breasts that defied gravity, and slim well muscled arms."
"Sarah hated her. She just really, really hated her".
Advertisement:

Sarah Jennings is a prop master working in Los Angeles working on USA Network Television. She's a bit of a nerd, plump, likes to paint Warhammer figurines. Pleasant, basically sweet, if a tad irresponsible. She likes to clap before eating burritos. She is also the strongest, most powerful super in the western United States. Maybe the world.

"Tales of An 'Mazing Girl" is a short stories series on the internet based on her adventure as she goes to Comic Book conventions (and does half as cosplay), goes on bad dates, and fight giant armor clad villains.

Each short story tells a different adventure-sometimes Action Packed Sometimes Everyday, as she moves through the challenges of her life.The stories frequently poke fun or recontextualize superhero tropes-but never quite ignore them. 'Mazing Girl maybe went to Cal Arts but she can't totally avoid the irony of her life.