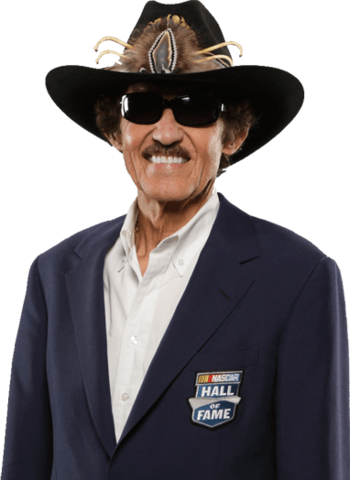 Richard Lee Petty (born July 2, 1937), nicknamed "The King", is a former stock car racer who was active from 1968 to 1992. He is remembered as one of the most accomplished and respected NASCAR drivers in all of history, winning a record of 200 races in his career, including being the first to win the NASCAR Cup Championship as well as the Daytona 500 seven times. After his retirement, he currently serves as a spokesperson for Liberty Medical, Cheerios and GlaxoSmithKline as well as the owner of a racing team, Richard Petty Motorsports and Petty's Garage in Level Cross, North Carolina.

In 2010, he was inducted into the initiary class of NASCAR Hall of Fame.