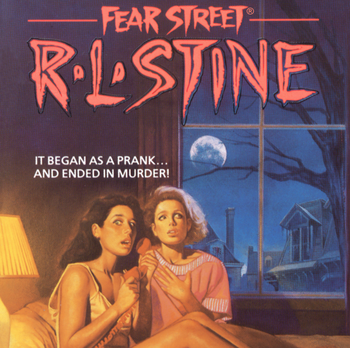 Welcome to Shadyside, a nice, seemingly normal town. The town consists of your regular teen hangouts, including Pete's Pizza, Fear Lake, and the Division Street Mall. All the students go to Shadyside High. Yep, it's a picture-perfect town... Except for the curse.

That's right, a curse! Years ago, the Fear family was cursed during the Witch Trials, and that curse has lived on through the ages, destroying lives and driving people insane. And by 'people', that is every teenager who ever lived in Shadyside, and anyone who comes in contact with the Fear family.

The protagonists of the books are usually well-to-do teenagers who deal with threats both supernatural and completely human. Since most of the books all take place in the same town, it isn't unusual for characters from one book to be mentioned in passing in another.

Over 150 books have been published, either written by R. L. Stine or ghost writers. After the Seniors series, the series lay dormant until the Nights trilogy in 2005. It was then brought back again in 2014 for another ongoing series, although there hasn't been a new one since 2019.

Tropes for Ghosts of Fear Street go here. A film trilogy based on the series was released on Netflix in July of 2021. Tropes for it can be found here.