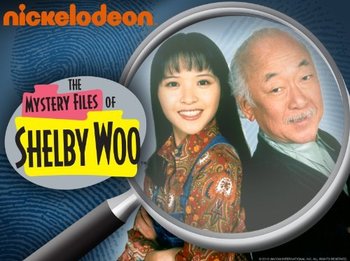 The Mystery Files of Shelby Woo is a live-action series that ran on Nickelodeon from 1996 to 1999. The series is about a girl named Shelby Woo (Irene Ng), who lives with her grandfather Mike (Pat Morita) at his bed and breakfast. The first three seasons take place in Cocoa Beach, Florida. After Season 3, the show was retooled, with Shelby and Mike moving to Boston.

The Mystery Files of Shelby Woo provides the following tropes: