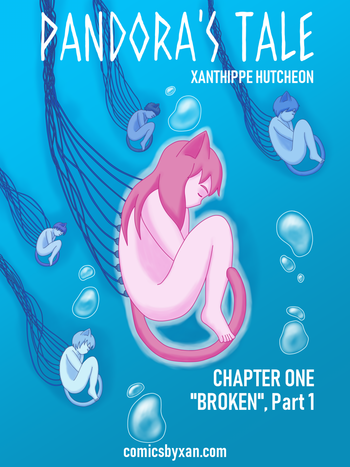 "I've broken so many rules. A Helper lives to obey. Without obedience, what am I?"
— Pandora
Advertisement:

Pandora's Tale is a webcomic by Xanthippe "Xan" Hutcheon which debuted in 2019.

The story centers around Pandora - a Transgender Helper, created and conditioned to serve the rich, who flees her training facility to escape having her personality rewritten. Upon being found by a group of resistance fighters, she imprints on the well-intentioned Isabelle, declaring her to be her mistress.