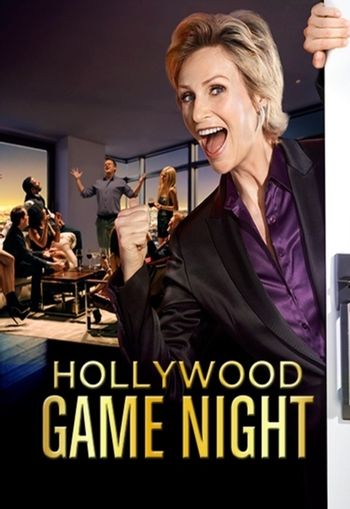 A primetime Game Show on NBC, hosted by Jane Lynch and co-created by Sean Hayes (who is also an executive producer and occasional player). It is, essentially, an informal and laid back Minigame Game where two contestants — each teamed up with a trio of celebrity guests — compete in various trivia and puzzle-based challenges for a chance to win $25,000 (and $10,000 for a celebrity's charity). Hilarity Ensues.

List of current and former games
By the way, every timed game lasts ninety seconds unless otherwise noted.
Advertisement: