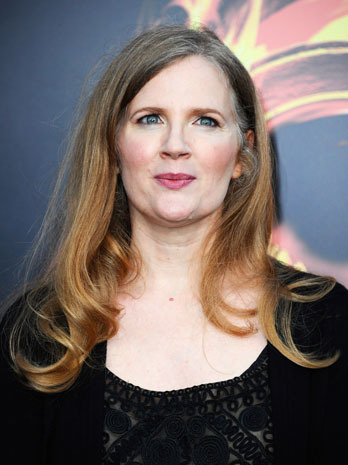 Suzanne Marie Collins (b. August 10, 1962) is an author of speculative fiction for kids and a screenwriter. She was born to a military pilot and spent her childhood in fear of losing him (that Vietnam thing, y'know), and it shows.

By far her best known work is The Hunger Games and its sequels, but she also wrote The Underland Chronicles for a younger audience. Before her career as a novelist, she served as a writer on several Nickelodeon shows, including Clarissa Explains It All and The Mystery Files of Shelby Woo, and the Kids' WB! cartoon Generation O!!

Works by Suzanne Collins with their own trope pages include:

Her works contain examples of: