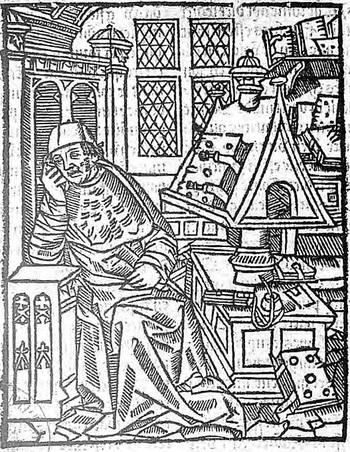 Chrétien de Troyes was a French poet in the late 12th century, most well known for his Arthurian romances. He introduced the affair between Queen Guinevere and Lancelot and the Fisher King into Arthurian legend, and greatly influenced later writers. His epic poems about Knights of the Table Round were seminal works of the Chivalric Romance genre, and emulated countless times by later poets.

His final work, Perceval, the Story of the Grail, was never finished as he Died During Production, although several other poets attempted to finish it. It is the first telling of King Arthur and the Holy Grail.

The Arthurian romances of Chrétien de Troyes are: