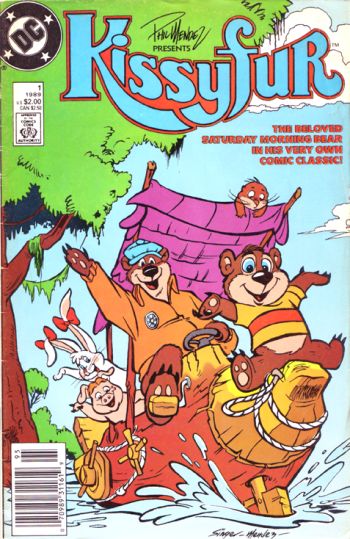 Kissyfur is a Saturday Morning Cartoon from The '80s on NBC. It focused on a father and son pair of bears named Gus and Kissyfur. En route to join the circus, the bears end up in a swamp town called Paddlecab after the train derails. There, they create a boat tour business. Really, it's not as sappy as the name would have you believe.

The show began with a half-hour prime-time special on NBC before moving to its Saturday slot. It was canceled after its first season, went on hiatus for a year, then came back in the 1988-89 season.