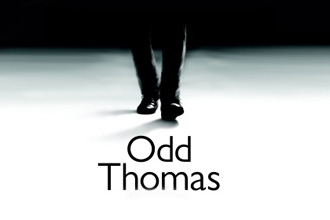 "Loop me in, odd one."
"I see dead people. But then, by God, I do something about it."
— Odd Thomas
Advertisement:

Odd Thomas (it's his name, not an adjective) lives in Pico Mundo. Odd Thomas is a fry cook at a short order grill. Odd Thomas is polite, friendly, and well-liked by his neighbors.

Odd Thomas can see the spirits of the restless dead.

In the series written by Dean Koontz, seven Odd Thomas novels exist (with Saint Odd being the final), as well as a four-episode web series, three graphic novels, and an interquel novella.

Titles, in Order of Release:

In 2013, Stephen Sommers (of Van Helsing and The Mummy Trilogy fame) wrote and directed a film adaptation of the first novel. Originally available through satellite tv provider DirecTV it is now available on Blu-Ray and DVD.

Odd Thomas movie was released in the US on February 28, 2014 and is now available on iTunes and Netflix (US).