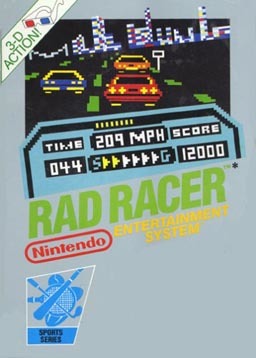 Rad Racer was one of Square's early releases for the Nintendo Entertainment System, and their second 3-D game after The 3-D Battles of WorldRunner. The game is similar to OutRun, in that you drive a car from point A to point B, dodging traffic and roadside obstacles on your way to the finish line.