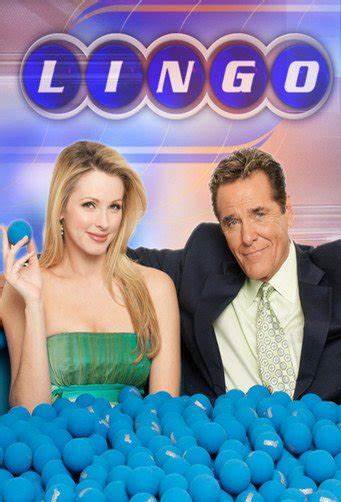 It's not just letters, it's Lingo!
Advertisement:

Both versions featured largely identical gameplay, with two pairs of players trying to identify a five-letter word given the first letter. If the word was not correct, then squares would highlight which letters were in the correct spot, and circles would indicate which letters were in the word but incorrectly placed. A correct guess earned the right to draw two balls and mark off numbers on a Lingo board. One team had a board with odd numbers; the other, even numbers. Question-mark balls were wild and could be used to cover any open number. Drawing a red ball ended a team's turn. Getting a "Lingo" (five in a row) won points (or won the game entirely in the 1980s version), but also passed control to the other team. Round 2 doubled the point values and added question mark balls, which could be turned into any number on the Lingo board.

A bonus was also given out if the word was correctly spelled on the first try.

For more information on the Dutch (D-U-T-C-H) version, see here

. In 2019, the Dutch version was revived on SBS6, while ITV also premiered its own revival in 2021—both of which making their own diversions from the format that downplay the bingo aspect. After the popularity of a similar online game called Wordle on social media (M-E-D-I-A), CBS announced in February 2022 that it had picked up a new primetime revival with entertainer and drag queen (Q-U-E-E-N) RuPaul as host, which was filmed in the UK (alongside a Celebrity Edition of the ITV version) and premiered on January 11, 2023.

Not to be confused with The Lingo Show, an Edutainment Show with no relation to this show whatsoever.