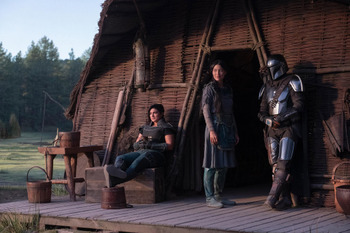 You could stay here.
On the run from the Bounty Hunter's Guild after rescuing the Child from the Imperial remnants, the Mandalorian seeks refuge in the backwater planet of Sorgan. But rather than a peaceful out of the way sanctuary, the Mandalorian becomes embroiled in protecting a peaceful village from the raiders who prey on them, with help from former Rebel Shocktrooper Cara Dune.

This episode was directed by Bryce Dallas Howard in her directoral debut.