Series / Murder in the First 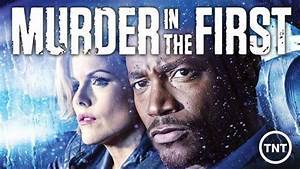 A US detective drama airing on TNT from 2014 to 2016. It primarily follows San Francisco Police Inspectors Terry English (Taye Diggs) and Hildy Mulligan (Kathleen Robertson), partners who work homicide cases. Unlike many such dramas, court proceedings are shown as well.