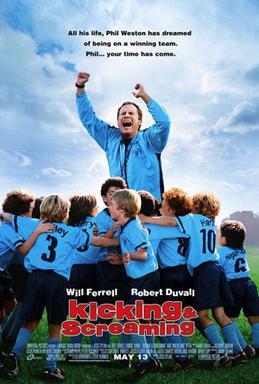 Kicking & Screaming is a soccer-themed 2005 movie starring Will Ferrell and Robert Duvall.

Buck and Phil Weston are father and son and, when Buck, as coach of his little league soccer team, transfers Phil's son Sam to another team, Phil eventually decides to coach Sam's new team.