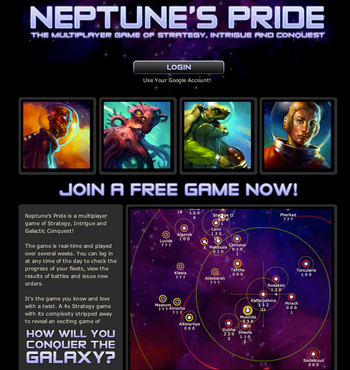 Neptune's Pride is a free-to-play, browser-based 4X game, first released in 2009. In it, players compete for control of a randomly generated galaxy.

It received a sequel in 2014 called Neptune's Pride 2: Triton, which expanded on the formula of the first with added game types and other miscellaneous changes and continued the tradition of destroying friendships.