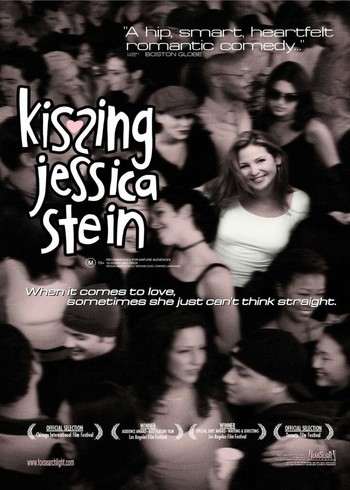 When it comes to love, sometimes she just can't think straight.
Advertisement:

Kissing Jessica Stein is a 2001 Romantic Comedy film about a Jewish woman named Jessica (Jennifer Westfeldt) whose life is changed when she meets a bisexual woman named Helen (Heather Juergensen). To her surprise (since before she only dated men), Jessica falls for Helen. They begin dating, but the relationship becomes difficult as a result of Jessica wanting to keep it a secret from everyone. It was written by its stars and directed by Charles Herman-Wurmfeld.