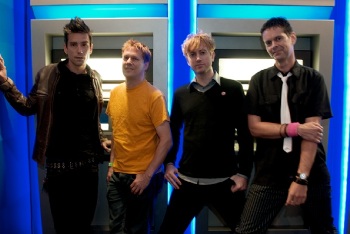 is a San Francisco Punk Rock band founded in 1991 by Jon Ginoli, and is probably the best known example of the Queercore sub-genre, being one of the few to gain any mainstream recognition. After their 2009 album That's So Gay, they took a long hiatus from issuing new material, although they put out two net-only archival releases and continued to play live, usually in the Bay Area. The silence was finally broken in 2016, when they announced that Quite Contrary, their first new album in seven years, was due out that summer.