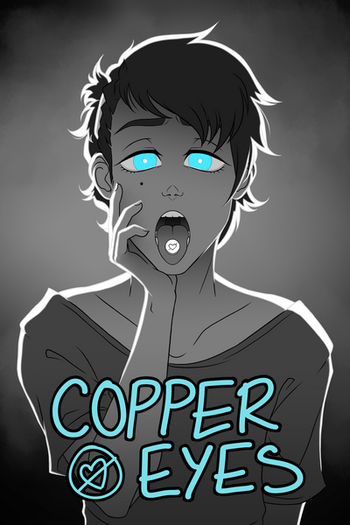 Government issued Loveless™ pills were designed to regulate romantic emotions and avoid the complications of falling in love. But when Darcy forgets to take his daily dose and starts seeing color for the first time, a pair of blue eyes become his new obsession.

Copper eyes is a webcomic by Inky

and can be read on Tapas Media here