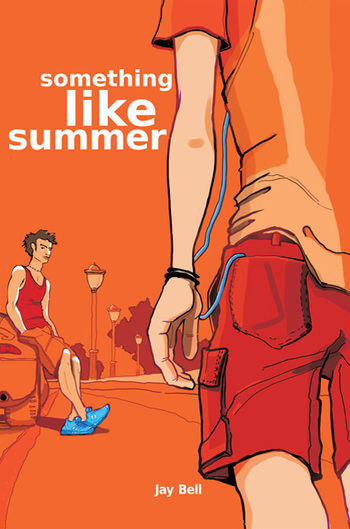 "Love, like everything in the universe, cannot be destroyed. But over time it can change."
— from the book's back cover
Advertisement:

Something like Summer is a 2011 novel by Jay Bell. It follows Benjamin Bentley, an openly gay youth from Houston, Texas, and follows his life over the years between 1996 and 2008, as well as his relationships with Tim Wyman and Jace Holden. It is the first novel in the Something Like... series and had a film adaptation released in 2017.