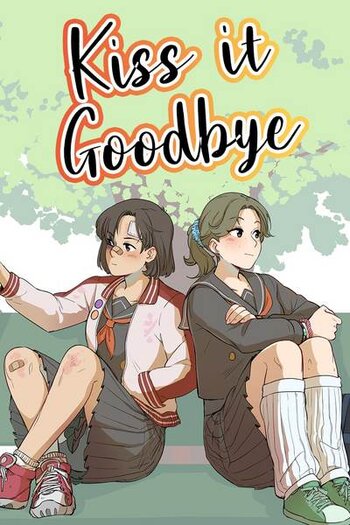 Kiss It Goodbye is a Yuri webcomic by TiccyTX.

The comic is a coming of age story revolving around two Childhood Friends in Kyoto, Japan, Azawa Aruka and Tsuyuki Yukimi, as they grow up and come to terms with their sexuality and their feelings for each other, facing all the numerous challenges that arise along the way while doing so, both external and internal.

The comic started on May 22nd, 2020 and ran weekly until its main story ended on September 14th, 2021, though it has periodic extra chapters. It can be read on Tumblr

. It is also available on Webtoon