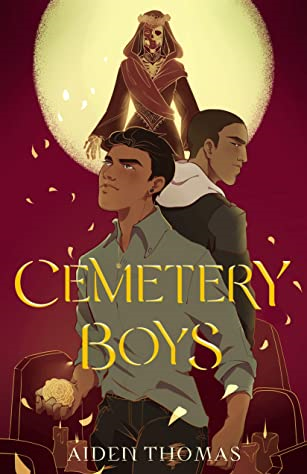 In East Los Angeles, Latinx teen Yadriel wants to become the latest of brujos within his family. The problem? He's transgender and no one in his family, even though they tolerate him, don't believe it will work "naturally."

Desperate, Yadriel and Maritza, his ride-or-die best friend/cousin, decide to go ahead with an impromptu ritual to receive Lady Death's blessing. Things take a turn when a family member mysteriously dies and disappears without anyone knowing where he is. Hoping to get everyone's good graces and respect (especially his father's) before they're reunited with everybody's deceased relatives for Día de los Muertos (the Day of the Dead), Yadriel tries to summon his missing relative's ghost. And behind everyone's backs.

The problem? He's summoned the wrong ghost. Enter Julian, a recently deceased local bad boy who refuses to leave unless Yadriel checks up on the safety of the former's friends. As they gradually learn each other's situations, their walls are torn down and Yadriel finds it harder to let Julian go...