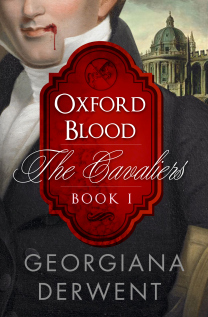 The Cavaliers Series is a Paranormal Romance/Urban Fantasy trilogy by Georgiana Derwent. It is made up of three novels: Oxford Blood, Screaming Spires and Ivory Terrors.

The series resolves around the Cavaliers, a dining society at Oxford University whose members are vampires that are secretly controlling the United Kingdom. The books are predominantly told from the point of view of Harriet French, a student at Oxford University who becomes involved with the society through both romantic entanglements and family connections.