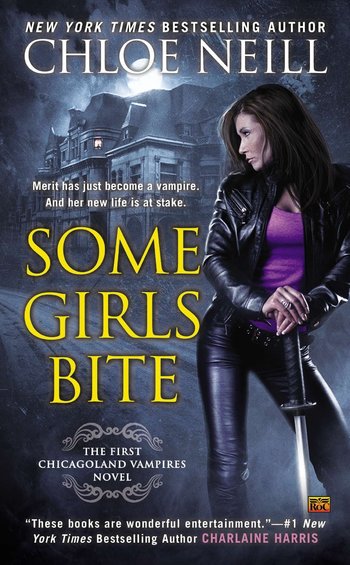 The Chicagoland Vampires is a Urban Fantasy series by Chloe Neill that takes place in a world where vampires have come out to the public. Caroline Merit is a 28 year old graduate student who is savagely attacked by a vampire on the university grounds, only to have an Emergency Transformation by 400-year-old vampire lord Ethan Sullivan.

Less than pleased at having her life upended by the handsome aristocract, Merit still finds herself developing into an extremely capable vampire warrior. She is soon named Sentinel of House Cadogan, one of the twelve noble houses of the American vampire nation. What follows is a struggle to integrate vampires (and other supernaturals) into the rest of the world while constantly dealing with those who would destroy them.

The series contains the following volumes: