Webcomic / The God in the Field 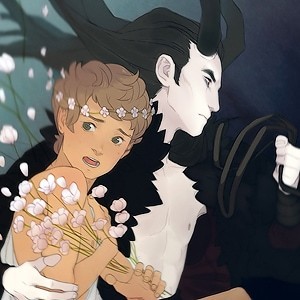 The God in the Field is a Fantasy Web Comic created by the writer/artist duo VVBG (Very Very Bad Girls).

The age-old story of Hades, Persephone, and a love that causes the seasons (with a yaoi twist.)

Anyone familiar with greek mythology will know that they are in for a ride. This comic will contain kidnapping, a coercive relationship with unequal power dynamics, and various other scenes from the underworld that Hades presides over. It will contain NSFW scenes.

Hosted by Tapas Media and can be read here