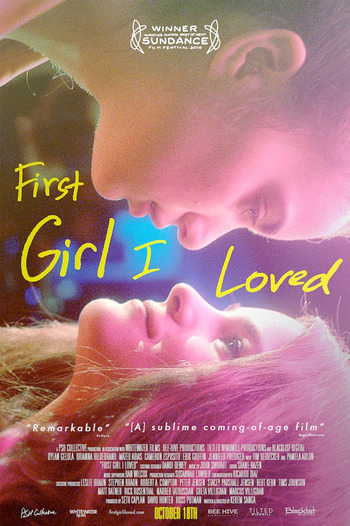 First Girl I Loved is a 2016 romantic drama written and directed by Kerem Sanga.

The story is about Anne (Dylan Gelula), a teenage girl, who falls for Sasha (Brianna Hildebrand), a fellow female student at their high school. As she struggles with her feelings, Anne befriends the girl, but also has to handle her best friend Cliff's negative reactions when she tells him about this, along with far worse.