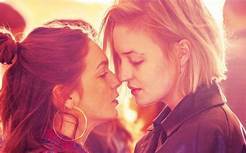 Yara, a young German woman from an Albanian Muslim family, runs into Kiki by playing a prank, and finds herself slowly drawn toward her. Even as their romance blossoms however Yara's father is arranging a marriage for her. In defiance of this, the couple run off together with the police and Yara's brother Bekim pursuing them.