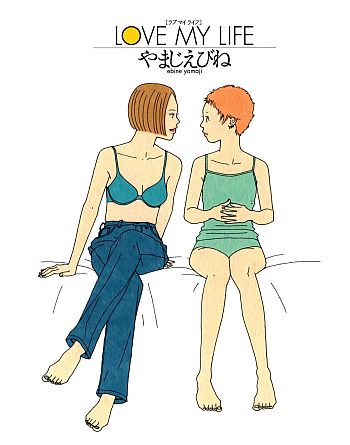 Ichiko Izumiya is a young woman living a life she wouldn't complain about. She's eighteen and pursuing a career in languages, she has a loving father who's also a successful professional translator, she has fond childhood memories of her dead mother, and she has a wonderful lover who is everything she could possibly want.

However, she has a problem.

Ichiko really wants to come out of the closet to her father but she's afraid that he might react badly.

After discussing it with Eri, she gathers her courage and reveals her lesbian lover to her father. Much to her relief, they hit it off gloriously, and despite the initial shock, her father was very accepting of her sexuality.

But no sooner did she get past that problem, she finds out that she's not the only one who's been keeping secrets...

And so begins this gentle Josei manga by Ebine Yamaji, which follows the story of Ichiko as she struggles with her newly discovered lesbian identity while learning about what it means to be gay in Japan.

A faithful live action movie was created on December 2006 and was released in the US the following year. The manga itself was licensed in English on February 2012 and used to be available for purchase on Jmanga.com until the latter closed on March 2013.

Love My Life contains examples of: