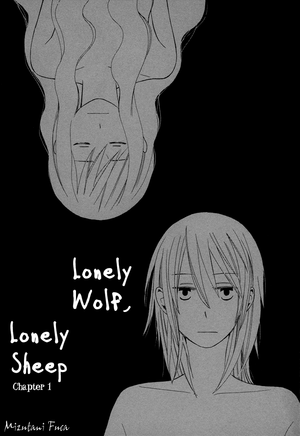 Lonely Wolf, Lonely Sheep is a short Yuri manga written and drawn by Mizutani Fuuka, running in Tsubomi from 2010 to 2011.

The manga is predicated upon a coincidence: Kakimoto Imari is sitting in a physical rehab office waiting room, waiting to have treatment on her left hand. That is, two people, both improbably named Kakimoto Imari, are waiting. When their names are called, it further turns out that they both have left hand injuries and that they are born only one day apart.

Thus begins an awkward and sweet friendship that becomes something more.