Film / The Love of Siam 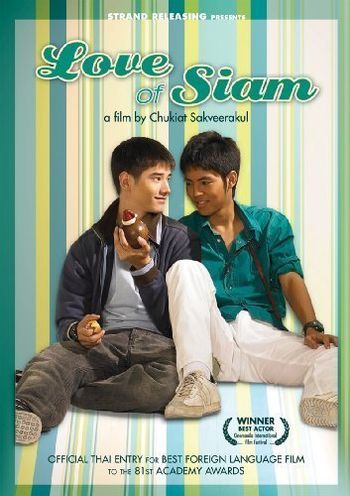 The film was released in Thailand on November 22, 2007. The fact that the gay storyline was not apparent from the film's promotional material initially caused controversy, but the film was received with critical acclaim and proved financially successful. It dominated Thailand's 2007 film awards season, winning the Best Picture category in all major events.

The story depicts two boyhood friends (Tong and Mew) who were separated due to the disappearance of the sister (Tang) of one of them. They then later meet again as teenagers, when one of them has become a pop singer, and they discover feelings that they did not know they had before. Besides the romance and coming out story line, the movie also delve into the breaking down and struggle within the family over a loss of a loved one.