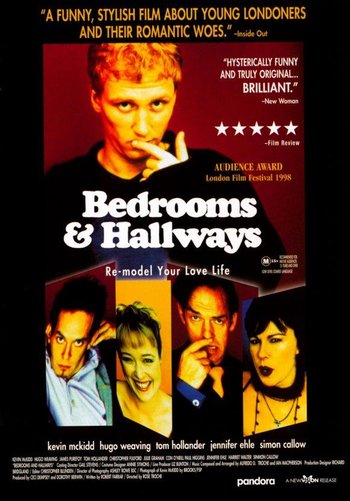 A late-90s comedy about love, friendship, and the fluidity of sexuality. It stars Kevin McKidd as Leo, a homosexual man who has just turned 30. Despairing for his social life, he joins a men's support group to explore himself. Along the way he meets Brendan, who is currently living with his ex-girlfriend Sally (coincidentally an old schoolmate of Leo's) and who is also looking for something more. The film also follows Leo's flatmates, Angie (Julie Graham) and Darren (Tom Hollander), as they navigate their own lives.