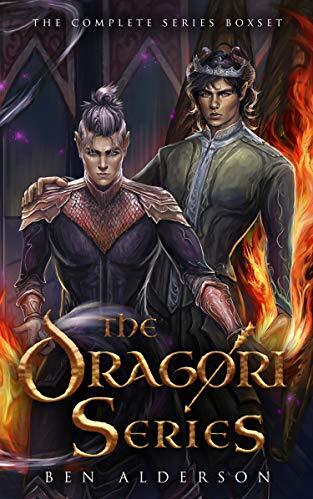 Dragori Series is a YA Fantasy trilogy of books written by ben Alderson.

The series follows Zacriah Trovirn, an elf from a small village that is, with a strange magical power over the wind. He, together with a group of other elves from all over the kingdom of Thessolina are gathered under King Dalior’s new shapeshifter special unit of the military to fight an incoming attack from Dark Elves, but something seems off to Zacriah.

The series is composed of three books:

In 2018, the series also released a prequel, Prince of Flames, focused on Hadrian.