Literature / Draw One in the Dark 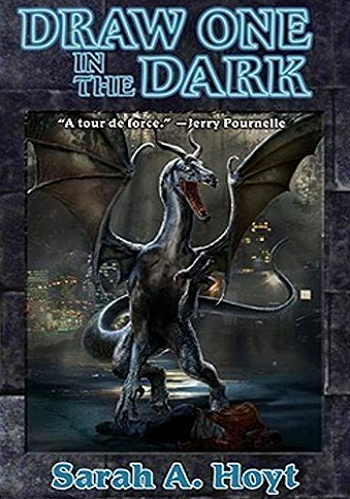 Draw One in the Dark is an Urban Fantasy by Sarah A. Hoyt, featuring a world with multiple Shape-shifters, many of whom turn to legendary beings such as dragons.
Advertisement:

It has two sequels Gentleman Takes a Chance and Noah's Boy.

Unrelated to The Drawing of the Dark by Tim Powers.