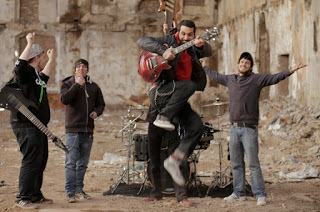 Proyecto Eskhata is a Progressive Rap Metal band from Almería, Spain. Debuting in 2012 with Decadencia, the band has released three albums to date, won the 2014 Rock In Lei contest, and has attracted significant media attention in Spain for their mixture of Progressive Rock and Rap Metal. The band also sometimes features elements of flamenco, electronic music, techno, avantgarde and folk.

The band's lyrics focus on science fiction concept album themes, with much of the band's storytelling being set in the year 2984. These lyrics also deal with philosophical and social themes.