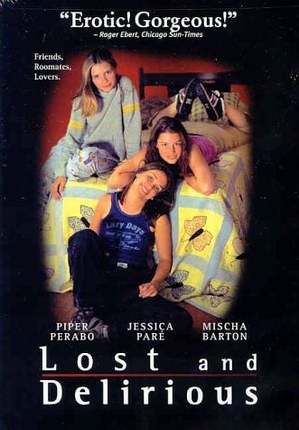 Lost and Delirious is a film about a young, naïve heterosexual girl named Mary or "Mouse" (Mischa Barton) who moves in to boarding school with a couple of lesbians who are involved in an intimate relationship. The story follows Mouse's attempts to understand their relationship and adult sexuality and also follows the struggles Paulie (Piper Perabo) and Tori (Jessica Paré) have as a lesbian couple at an all-girls private school. When Tori's little sister catches them together, Tori throws herself into a relationship with a guy and Paulie desperately tries to win her back.