Film / Were the World Mine 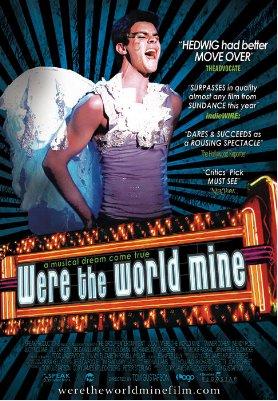 My tongue your tongue, were the world mine.
Advertisement:

If you could make someone love you, would you?

Were The World Mine is a 2008 musical film directed by Tom Gustafson and starring Tanner Cohen, Wendy Robie, and Zelda Williams.

Timothy is a gay teen who attends a private high school filled with homophobic jocks. After his teacher casts him as Puck in A Midsummer Night's Dream, he stumbles upon a recipe hidden within the script to create the play's love potion. With the power of the magic pansy, he turns much of his narrow-minded town gay, including his jock-crush, Jonathon.